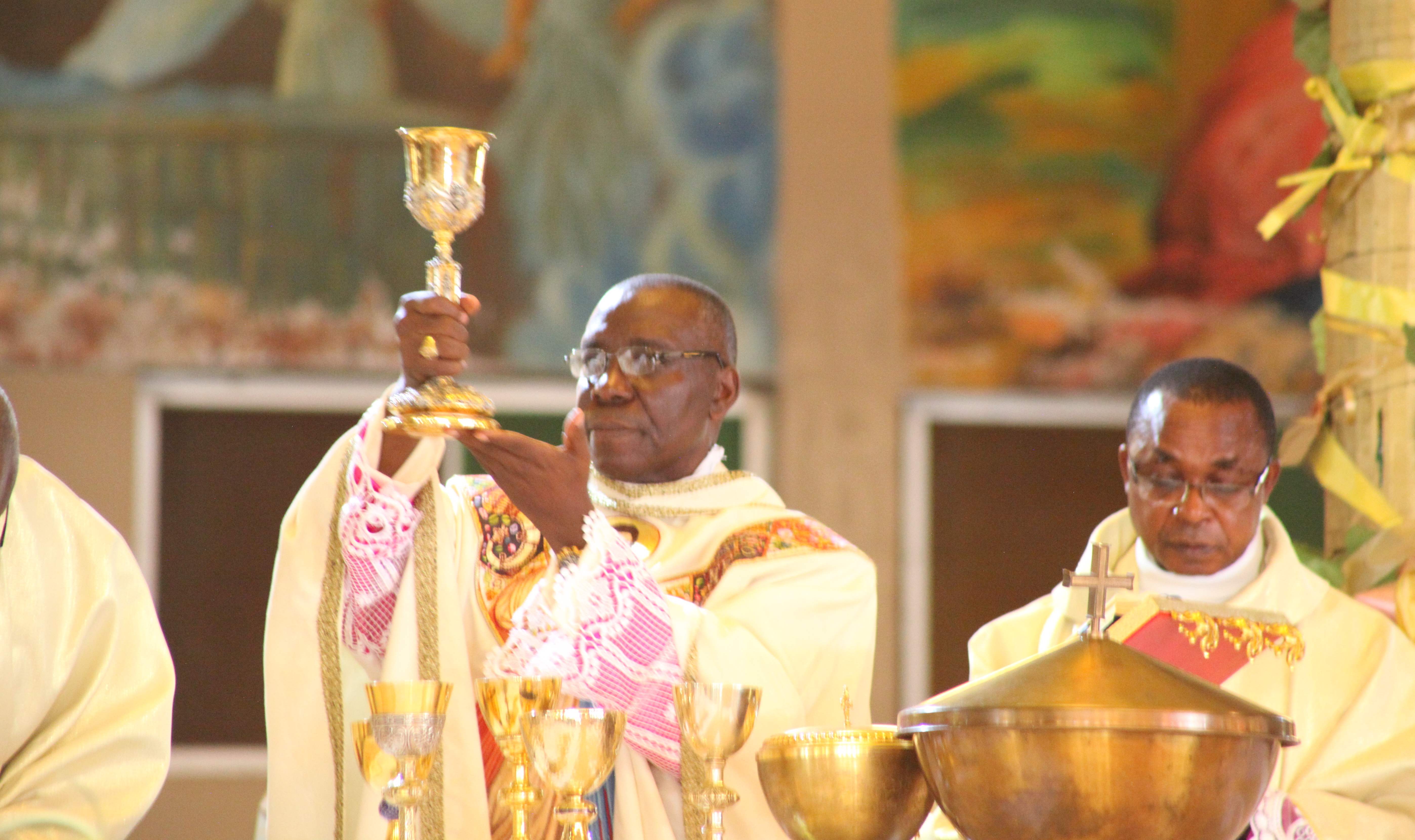 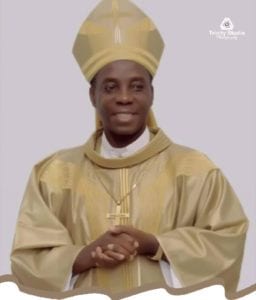 His Lordship, Most Rev. Augustine Ukwuoma hails from Ndiohiaowerre Duruewuru Amucha in Njaba Local Govenment Area.  Born into the family of Mr/Mrs. Polycarp Ukwuoma, both of the blessed memory, on 29th August 1953, he was baptised at holy trinity Parish, Orlu, by the late bishop Nwedo who was the then Parish priest on 11th October, 1953. His lordship began his Primary education at St. Joseph’s Catholic School Umuna, moved to St Peter Claver’s minor seminary Okpala in 1969. On 16th October 1975, he was sent to Bigard Memorial Seminary, Enugu to begin his philosophical studies, by the late Bishop Mark Unegbu of the then Owerri diocese. Although, he later relocated to Bigard memorial Seminary philosophy Campus, Ikot-Ekpene, at its inception in 1976, as one of the pioneer Students. In October 1979, he was sent to Bigard Memorial Seminary, Enugu for theological Studies by the same aforementioned bishop. His dexterity and ingenuity availed him the privilege of piloting the affairs of his fellow seminaries as the first auxiliary at Bigard Memorial seminary, Enugu.

His Lordship was ordained deacon on 18th December 1982. He was ordained priest on 30th July, 1983 by his lordship, most Rev. Gregory Ochiagha at St. Patrick’s parish Amucha, less than a year after the inauguration of the parish.

On his return in 2002, he was posted to St. Theresa’s Parish Uli as the rector where he worked till his appointment by the holy father, then, pope Benedict XVI as the new Bishop of Orlu; Member of the faculty of Examination Board (2004–2008); Lecturer in psychological science at seat of wisdom Seminary Owerri (2002–2008). He headed the Silver Jubilee Souvenir committee of the diocese of Orlu (2005—2006) and was the president, Association of priests and religious of Isu clan (2004–2008).

His Lordship was consecrated on the 21st June, 2008, by his grace, Most Rev. Renzo Fratini, the papal delegate to Nigeria, and his Grace Most Rev. Anthony Obinna and his Lordship, Most Rev. Gregory Ochiagha as principal Co-consecrators. Since his consecration as bishop and insertion into the CBCN, Bishop Ukwuoma has held a lot of responsibilities. Ex-Episcopal chairman for the committee in charge of Clergy, and Once in  charge of seminaries and presently the Episcopal chairman for the committee in charge of the enculturation and translations. On the provincial level, he currently serves as the secretary of the Owerri Ecclesiastical Provincial Bishop conference.

TO LOVE AS CHRIST LOVED: The mission and vision of His Lordship, Most Rev. Augustine Tochukwu Ukwuoma is summarized in his Motto which is engraved on his coat of arm “DILIGERE SICUT DILEXIT CHRISTUS”. It is the continuation of the mission of Christ who came not to be served rather to give his life as ransom for many. (Mark 10:45). The coat of arm is adorned with a chalice carrying the sacred bread representing the Priesthood. Beside it is a green vegetation of palm trees which represents the fertile lands of the South Eastern Nigeria where Orlu Diocese is geographically located. Just below is an open bible which represents the Gospel.